The news pieces below contain coverage of the 2018 and 2019 CCDC competition seasons.

Before reaching NCCDC, teams must compete in a regional competition. UCF participates in the Southeastern CCDC hosted at Kennesaw State in Georgia. 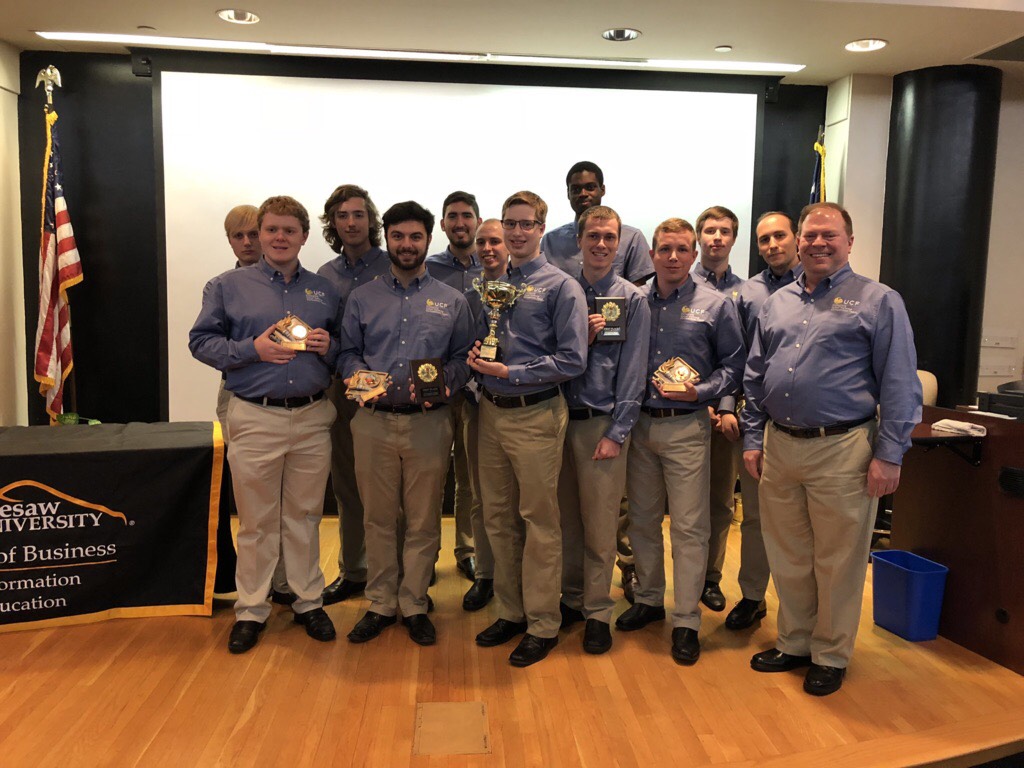 Our 2018 SECCDC team. We won first place overall, along with first place in each of three scored subcategories. 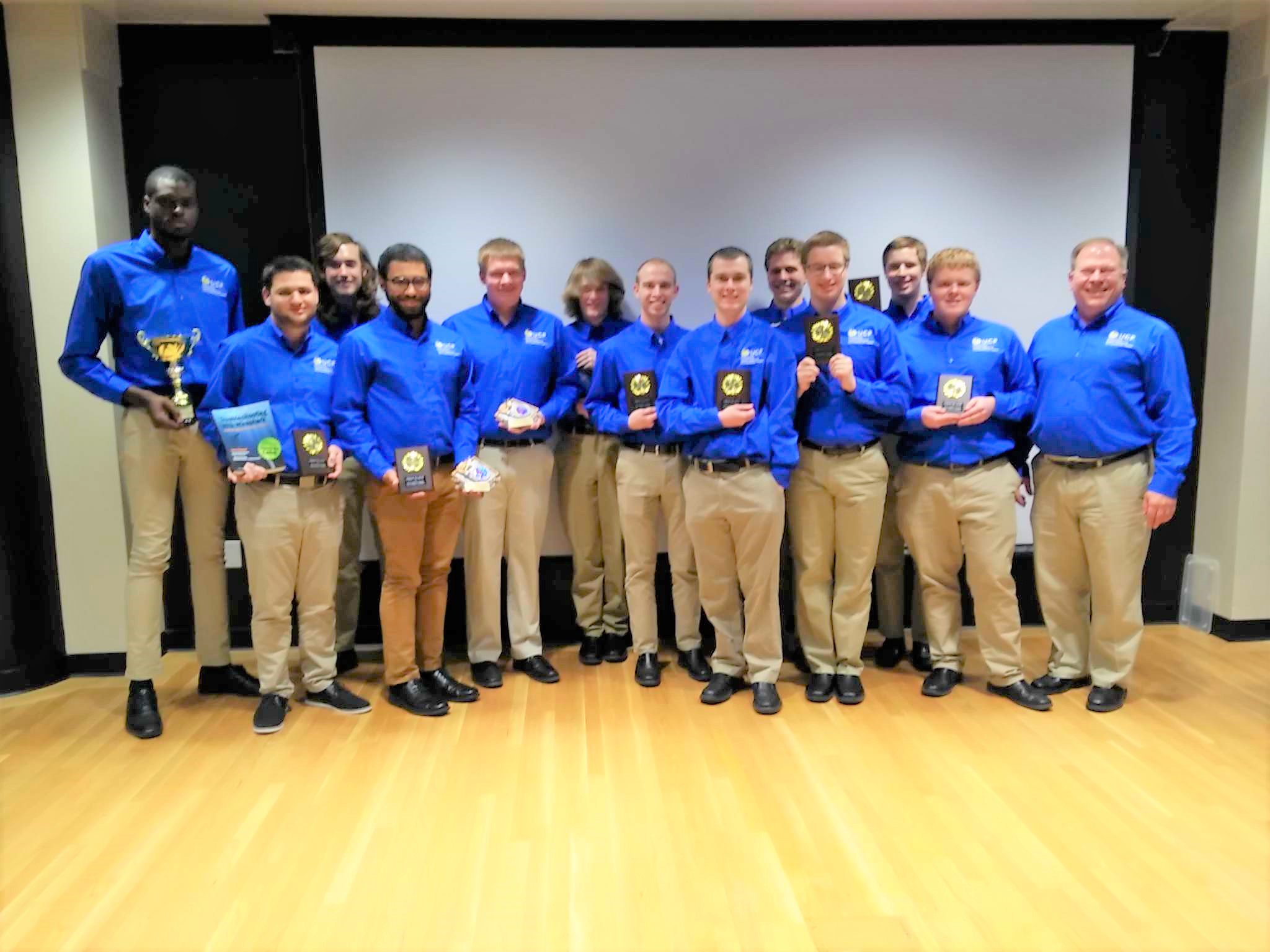 Our 2019 SECCDC team. We won first place again, along with first place in two of three scored subcategories.

Each regional champion advances to NCCDC to compete with schools from across the nation. In 2018 & 2019, UCF won second place.

Our 2018 NCCDC team. Competitors are in blue, I'm the long-haired one at the top left.

Our 2019 NCCDC team. Competitors are in blue, and my hair is even longer this time.